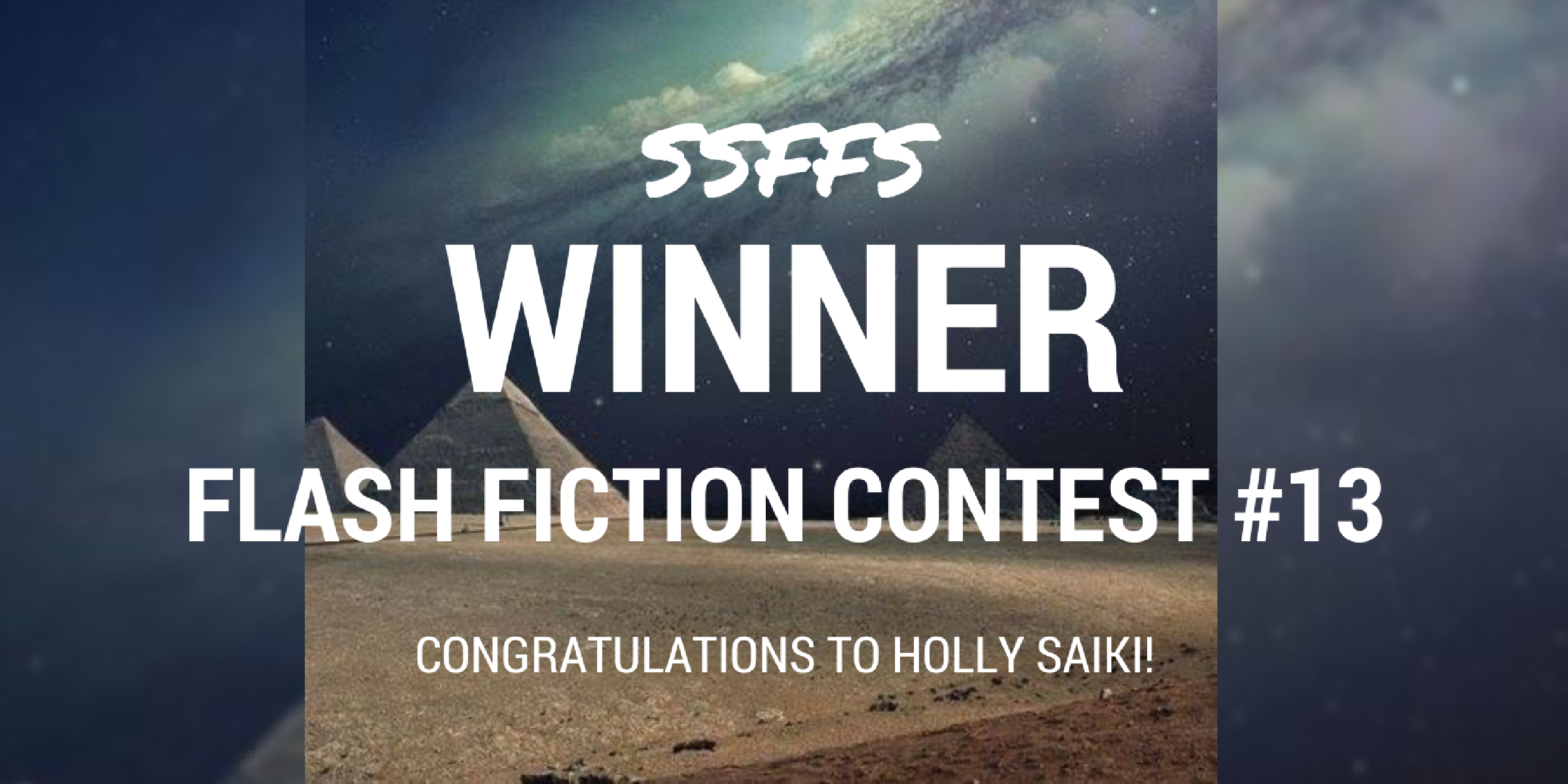 We’d like to announce Holly Saiki as the 13th Flash Fiction contest winner! Holly won a $10 gift card to Amazon for her piece. Please enjoy Two Spirits Gaze At The Stars below.

Thank you all for your great entries, and we hope you had a fun time writing and submitting them to us.

Two Spirits Gaze At The Stars

“The Winner takes it all,” a snake said, the starlight reflecting off of her rainbow scales, “This lovely desert land known as Egypt.”

“Agreed,” a jackal said, with a pelt blacker than the night sky above them, “But we should fight someplace else. It would be a great shame if our battle destroyed such wonderful monuments as the pyramids.”

“I agree with you about that,” the rainbow snake said, gazing lovingly at them, “We do need to have some consideration for the mortals who worship us. Otherwise, they’ll summon another spirit to drive us out of Egypt.”

“You’re right as usual,” the jackal said, “If it weren’t for your wisdom and common sense, I would be attacked by angry humans every time I entered the mortal plane.”

“It’s nice to know that my mortal enemy respects me,” the snake said, laughing gently.

“Just because we’re waging an eternal war against each other doesn’t mean we can’t like each other,” the jackal said, “Besides, we’re just fighting each other in order to stave off boredom. After all, immortality can get pretty boring if a spirit doesn’t find something to occupy the time.”

“You’re one of the only few beings who is willing to admit that there are downsides to being an all-powerful spirit,” the snake said, being reminded of her own painful experiences.

“We have plenty of cool tricks, but we’re just as flawed and screwed up as the mortals,” the jackal said, “It’s been pretty depressing to see that most of our kind act like a bunch of arrogant jerks just because we were lucky enough to have inborn supernatural powers. Just because the mortals are frailer than us doesn’t mean they can’t defeat us.”

“A fact we both know too well,” the snake said. A quiet pause settled in the air as she thought about what to say next, “So, should we start fighting now?”

“It can wait until tomorrow,” the jackal said, “Right not, I want to gaze at the stars with my number one favorite enemy in the entire universe.”

The snake broke out into a huge smile over this, “Sure, I do want to rest up before we began our epic battle and stargazing with somebody I actually respect is the perfect way to do it.”

The two spirits spent the rest of the night pointing out constellations and making up funny stories about them until the first rays of dawn appeared. They literally vanished into a fine rainbow mist as the sun rose, dispelling the night sky so a new day could begin.