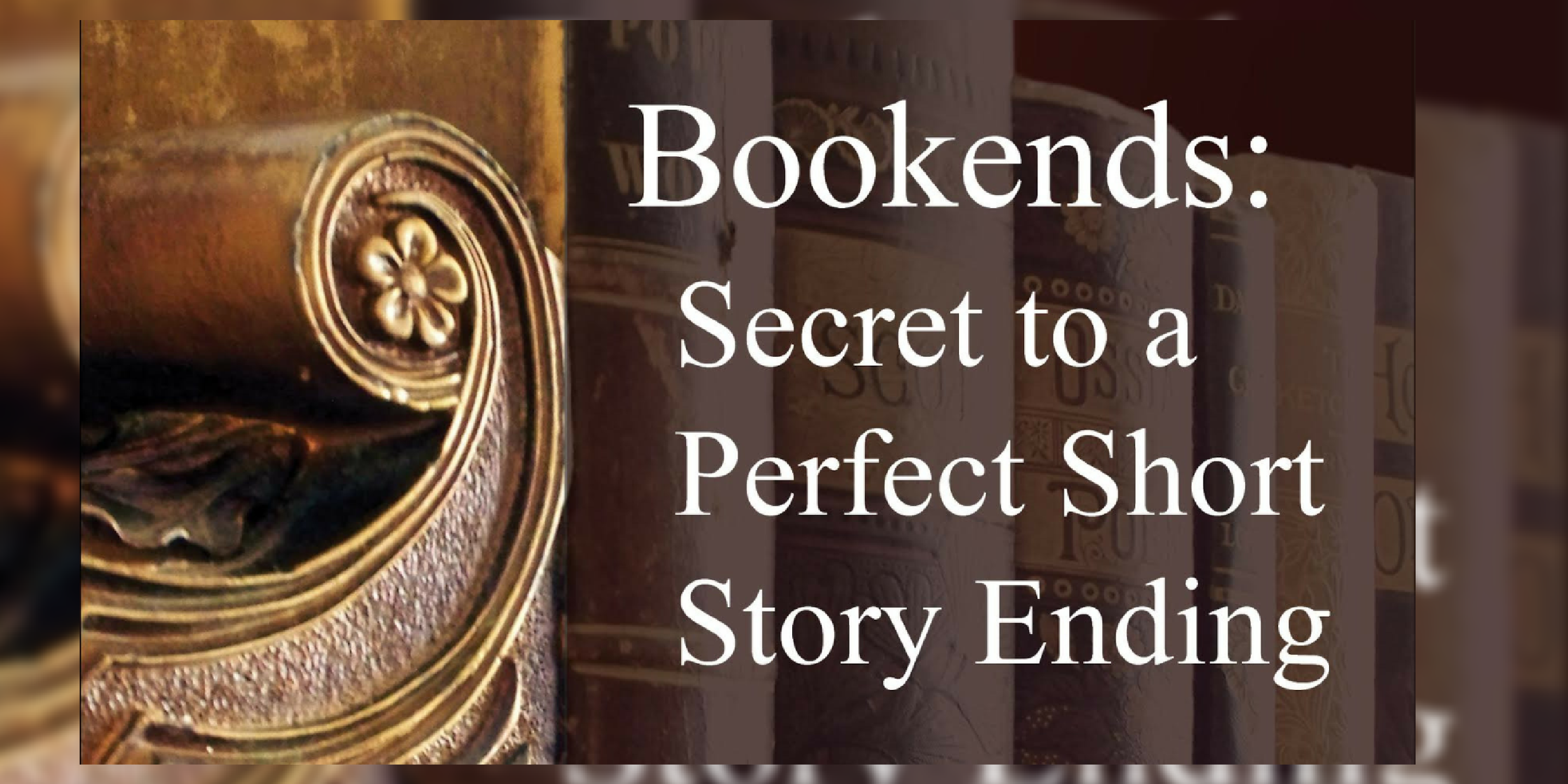 To me, the ending felt so correct and so appropriate that it seemed to bend over backward to kiss the beginning.

Two of the most critical points in your story are the beginning and the ending, so why not have them work together? One of the best ways to do that is to “bookend” your story by taking something from the beginning and echoing it at the end. That something can be an image, a line of dialogue, a prop, the specific setting, or even a character that hasn’t appeared since the start of the story. “Echo” doesn’t necessarily mean to just repeat, although that can be effective as well. Ideally, the repetition at the end highlights a change in the character or helps illuminate the meaning of the story.

Bookend structure gives the reader the feeling of having come full circle. There’s a logic, a sense of satisfaction, even if all the loose ends aren’t tied up. Connecting the ending to the beginning of a story helps the reader make sense of things. The technique is used in other forms (films, speeches, and novels), but it can be particularly successful in short fiction.

Among the many advantages of writing short fiction is that readers are sure to remember the beginning of your story. While most people may have only a dim recollection or no memory at all of how a 300-page novel began, they will recall the beginning of a 300- or even 3,000-word short story. In fact, if you’ve done your job right, they may even remember the exact wording or at least the mood and imagery that introduced your story. That’s why bookending short fiction can be so effective for both writer and reader.

Let’s look at some examples.

In the short story “Stacy Fischer Can Dance the Tango” by Lonn Braender (from the anthology Beach Nights, 2016), the author opens with:

It was dark and bitterly cold, and the wind was whipping up the street. It was insane to have gone to the beach, but Stacy had needed to; he had to try. He had needed to see the ocean, to be near its cleansing waves.

In this story, a man who has lost his wife seeks shelter (literally and figuratively) inside an art gallery that is open late because it’s hosting a tango group. At the end of the story, the author brings us back to the street, but now things have changed:

The street was empty, the air was warmer, and the clouds had passed by, leaving the sky packed with stars. The heavy blanket of sadness that had stifled him was gone. He laughed; his kids would never believe his story. They would never believe that he had danced the tango, in Rehoboth, with a man, with Oliver.

Braender has repeated the setting from the start of the story, but has used a change in the weather to highlight the character’s change.

In the story “The Lewes Ferry, a Five-pound Dog, and Romance,” by Nancy Powichroski Sherman (Sandy Shorts, 2014), the author opens the story with:

There were two things that had the power to make Maddie sick. One was being in a boat, and the other was being around pet dander. Yet, at this moment, she was driving onto the Cape May-Lewes ferry with a yapping dog in a small plastic carrier on the passenger seat.

This makes an entertaining set-up to the story (the hook), but look how she uses these character traits again at the end, after Maddie has found romance:

And she knew…that she could overcome seasickness for this guy, and that she could be a dog lover, or at least a dander-free-dog lover, as long as the reward was a chance to sip wine and eat grapes with him at sunset and end up in his arms.

A seemingly innocuous prop in the background can take on added meaning, as in Kathleen Martens’ story “Molting,” from Beach Days (2015):

The early beach sun creeps up over my deck railing and spills liquid gold into my art space. It’s quiet, except for the incessant tick-tick of the Thomas Tompion clock on the mantle and the scrape of my palette knife across the canvas. The cadence of the minutes passing echoes in my vaulted ceiling—and I paint.

The story concerns a 70-year-old woman, who is feeling unappreciated. Listen for the clock at the end:

Tick-tick is the only rebounding sound, and I wait. Then, he shakes his head, grinning, and I know he sees me. He looks through the mess that I’ve become—weathered beauty, unknown artist, shells and tiny fish in my hair—to see his mermaid. He steps forward and kisses me with lips that taste of long ago. All along it was I who had to change, to change my world around me. I am the artist of my own life now, and I step back and smile because it works, yes, it works.

Once you start thinking of formatting stories this way, you’ll see ways to make it work in your writing. Here are a few ideas to get you started:

Two of the most critical points in your story are the beginning and the ending, so why not have them work together? (See what I did there?)

If you found this useful, pick up Nancy’s book How to Write Winning Short Stories: http://amzn.to/1TWJddH. It’s a practical guide to writing the kinds of stories that win contests and get selected for publication. The book covers structure, dialogue, point of view, and how to get the attention of publishers or contest judges. Each chapter concludes with a checklist to help writers review their own work.

Nancy Sakaduski is the award-winning writer and editor who owns Cat & Mouse Press and runs the Rehoboth Beach Short Story Contest. She helps writers perfect their short stories and prepare them for publication, and offers writing tips and advice through her blog and online newspaper Writing is a Shore Thing.