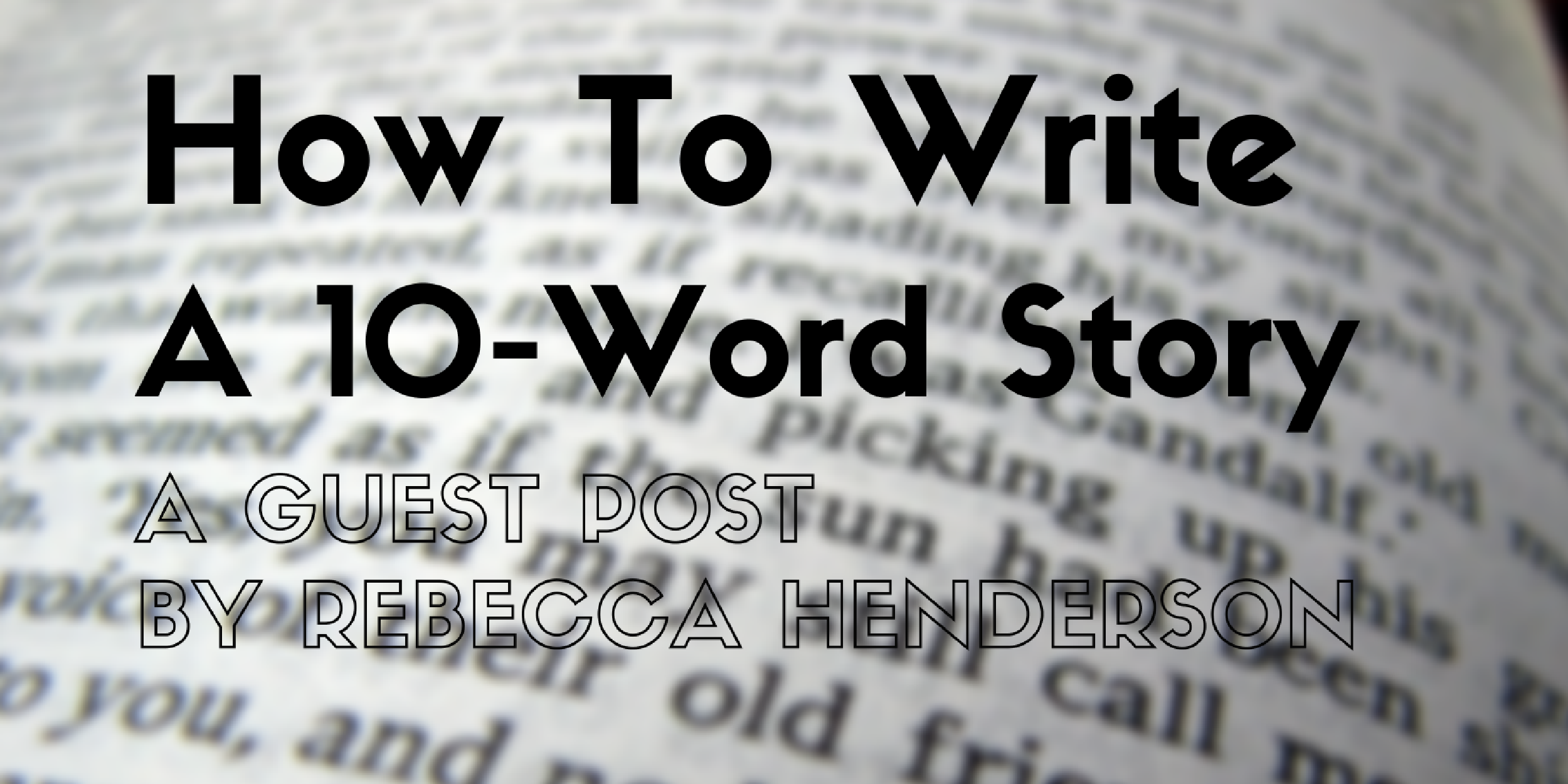 Recently, I came across a contest with a word limit of ten words. That’s right, just ten words! I wanted to share with you some techniques I used to make the most impact and possibly win the prize. Here are a few of my first attempts:
Attempt #1:
She waited.
He called.
They talked.
Silence. His breath caught.
Attempt #2:
Doorbell. Sweet intent. Lies in waiting? Hysteria. The world awaits.
Technique #1: Verbs
If I could write a story that used action, then that would be a good vehicle for plot. After all, the majority of stories have to have something going on in them! So I knew that I had to use verbs, and most often they need subjects. The other thing I knew I could bank on was a familiar activity. If readers can take the limited cues you give them and recreate a scene in their head, then half the work is already done. People call each other because text won’t cut it and seeing each other is (sometimes) not an option. So, when someone calls you, there is an issue at hand to be resolved. The breath-catching part creates a bit of suspense, and I think that the “she” waiting and then “his breath” catching makes a good foundation for conflict. Readers wonder, what was said during the call.
Technique #2: Vignettes
I tried to go more visceral in my second attempt. Again, the doorbell sets up a familiar scenario, but what is “sweet intent”? And “lies in waiting” . . . what sort of meaning of ‘lies’ is implied? So, ambiguity and mystery helped me here as well to create suspense and curiosity in the reader. Hysteria is an emotion, a very powerful one, that I think baffles many people. The final sentence, while a bit dramatic, captures that unanswered question of “what happens next?
I decided to have another go.
Attempt #3:
Grocery store. Mass chaos. Baby food aisle. Matriarchs duel: life.
Technique #3:
This one packs in a lot of drama. First off, the grocery store establishes the setting, and chaos shows the mood. We are taken to the baby food aisle, where mothers are fighting. What kind of life are they fighting for? Food is life, or rather, sustenance, but babies also represent life, as in the continuation of a species.
My intent with this last ten-word story was to show place/setting, mood, conflict, and then an overarching theme. I’m unsure if conclusion is possible in this ten-word limit, but I could be wrong! I think a ten-word story might end with the reader going back and searching for more clues as to what happened. Whether they find answers or not depends on your word choice and intent.
Conclusion
I haven’t added in my submission here, but I do think it would be interesting to hear what your techniques are for challenges with very short word lengths, and how, if at all, you see such a focus on word choice affecting your lengthier works. Do you pick and choose words for a longer piece like you might for this competition?

Rebecca Henderson holds a Master’s in German and a Bachelor’s in Creative Writing. She is a freelance editor, proofreader, and beta reader for hire; to find more information, go to www.thekreativspace.wordpress.com. Best expressing herself through the written word, she enjoys the smell of burning rubber and can recite the ABC’s of the automotive world upon command. Rebecca hopes to shift your world perspective through her words, because looking out the same window every day hardly makes for an interesting life.

One thought on “How to Write a 10-Word Story”