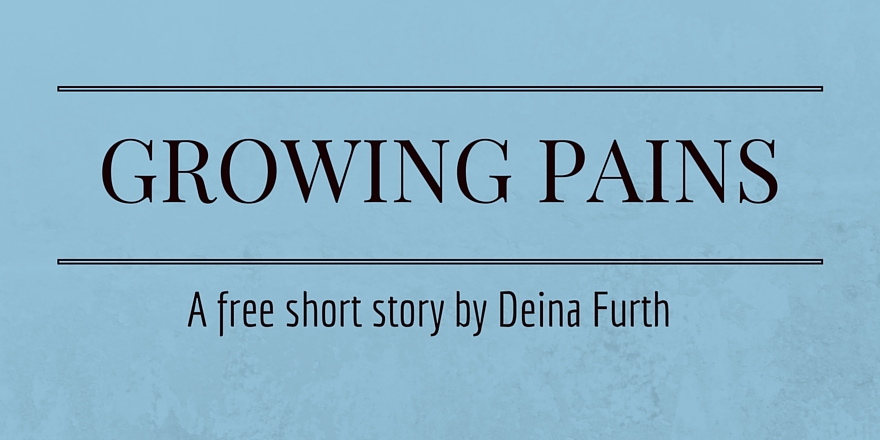 The doctor adjusts the fluorescent light, bringing the head of the lamp down closer to my leg. It’s so close that I can see the light bulb reflected in each metal stitch lined up in a row, adorning my leg like a tiny ladder. I feel disgusted by this: in that unforgiving light, my skin is all shades of yellow, purple, and brown. The scar is puffy and shiny and pink. I force myself to look at him instead. His eyes are the strangest color blue, like raw sapphires or the ripest of blueberries. He’s older—maybe around my father’s age—and the gray streaks near his temples, combined with the crinkles that form around his eyes as he smiles, make me feel more comfortable around him. He’s not necessarily friendly, but his age shows experience, and when you’re staring at your leg, which is in danger of falling apart, you like to see that an experienced doctor is the one at the other end of that lamp.

“Thanks. How long do you think I’ll need these stitches?” I immediately bite my lip after I ask. My mother, who sits across from me in the scuffed, gray plastic chair, doesn’t like it when I push for the ladder of stitches to come out. She’s worried my insides will seep through my skin and the tear will grow larger. She worries that all the hard work that we’ve been doing will be undone, simply because my stitches will come out at the wrong time.

This is what she’s told me, anyway. And you just have to accept what she says.

In my peripheral vision, I catch her untrimmed brows furrow and lips tighten before I lift my gaze back to the ceiling, which is where I usually try to focus when I’m here. The doctor’s presence is comforting, sure, but I can only stare at him for so long before I begin to feel like I’m a creepy, sad little girl.

“Hmm, well,” the doctor stands up, straightening his spine and nodding at me first, then my mother, “I think about another week or so.”

“—Are you sure, doctor?” My mother speaks over me, drowning my excitement in an overpowering wave of anxiety. I can practically smell it on her. “They took her stitches out too early once before, and”—she shuddered, lifting a gloved hand to her quivering lips, pausing for dramatic effect—“I’m sorry; I can’t bear to think of it. She was in so much pain.”

“I assure you, she’s healing well, and she’s going to be as good as new in a week. Shall I have the nurse schedule you for a return visit to have the stitches taken out?”

“—Could we possibly wait another week after that?” She interrupts me again. I feel my cheeks heat up, my palms begin to sweat. She’s not going to back down that easily. She steps toward me, her starched, white gloves curled into fists like two brand new baseballs. How I wish I could watch a game right now, and forget all this. Her eyes move from the doctor to me. “Tell him, sweetie.”

I have to try my hardest not to roll my eyes at the saccharine, pitying look she’s shooting me.

“I’m really excited to have them out,” I explain, trying my best to do as she taught me. I can’t sound too eager, because it might make the doctor suspect something. Unfortunately, I’ve probably already messed that part of it up. I swallow and continue. “But, the stitches really hurt. It’s a really big cut. Sometimes I have problems sleeping at night because of the pain, and it makes me groggy at school. I’m getting poor marks on my exams, and… well, I’m nervous that I’ll miss out on things and it’ll ruin my chance to study at a college someday.”

The doctor’s lips press into a thin line. His gaze is stony, eyes sharp and focused on my face. He is reading me. I raise my eyebrows hopefully and try to assuage his uncertainty.

“People say I’m silly for it, but the war has inspired me. You inspire me!” I gesture at my hideous, Frankensteinian flesh, staples still glimmering under the harsh lights. “I want to be a nurse and help others. I know, I’m just a girl, but I can do it.” I smile my sweetest smile. That should do it.

“Hmm. Yes, well.” His voice trails off, and he turns to the nurse tidying up the vast collection of shiny, sterile silver medical instruments and brown and green bottles with faded labels. So many of them have come through here, I’m sure. The soldiers, the lame who want nothing more than to forget the war and banish the eternal torture of shattered bones and pummeled organs. “Nurse, write Lucy here another prescription for the next ten days.” He turns and casts a sharp look again. “One percent solution, and ten days is the absolute most I can abide this. Otherwise, you’ll be in danger of sepsis.”

I hear my mother release her breath. I didn’t know she’d been holding it. Her shoulders relax, and her starched gloves look nimble again, as if she could play the piano in them.

We say our goodbyes, and the doctor warns me not to put too much pressure on my leg. He tells me to have my mother help me with the morphine before I go to sleep. A shot in the foot would be easy. I am to return ten days from now. It isn’t much, but it is still ten days, and for now, that is good enough.

We walk briskly toward the street to hail a cab, her arm linked in mine, her chin held high. I know what she’s thinking: This time, it was your fault. You almost ruined it. I had it all under control.

And it’s true, it was my fault this time. In fact, I was lucky I didn’t hurt myself worse. I had jumped the fence, running from my neighbor’s undisciplined, filthy mongrel of a dog—he has bitten three children now, and they say the city might put him down, thank goodness—and my skirt got caught on a loose chain link. While my body continued to arc over the fence, the skirt did not go with it. The jump came to a strangulated end, and the metal tore through my the skin on my shin before leaving me dangling from a chain link fence, ass skyward, bleeding on myself, and beating at the growling dog with my school bag. Streaks of crimson stained the rest of my clothing. My mother was so upset that we had to buy a new uniform. They are not cheap, and the war instilled in us the value of conserving everything we used, especially fabrics.

I squeeze her arm tighter, hoping she’ll be happy with the outcome and won’t lecture me any more than she already has. Tonight, when we get home, she will give me a small portion of the morphine before taking the rest of the dose herself. She will fall asleep in the mauve chair in the living room, the one with the snag in it that she says she’s embarrassed of. She probably will not remove her makeup, nor bother unpinning her curls, and the needle will slip from between her thin, bony fingers, and settle quietly into the rug; the bottle will be safely stoppered up again, but usually, she knocks it over with her foot in her sleep.

She will slumber, blissfully and peacefully, until she awakens with that hunger in her eyes, the bits of her slice of heaven scattered on the floor around her, blessings turned to curses. We will have to take the medicine again. She’ll keep telling me she needs it for her nerves, and she’ll share so that she can back up her story of fearing that I’ll “fall apart”. I know that it’s irrational, but I do think that somewhere, deep down, she really does fear it. She still hears the bombs; she still dreams of the air raids. She has said that she’s felt the iron grip of the Devil on her arm when she awakens, that this sickness will never leave her. It is a sickness, yes, and the Devil is within that bottle and courses like electricity through her veins.

Ten days from now, we’ll go back to the clinic to get the stitches out. After that, we’ll find a new doctor for when the next injury appears, which will be when she is running short. She calls them growing pains, and I am too young and meek and tired to fight her on this. But I am making her sound like a monster. Don’t worry, it isn’t always so serious. When she does it, she’s just lashing out. She always apologizes later. And I still love her, and I want nothing more than for her to feel at least a bit of happiness, which has been gone from her since my brother died in the war. He was her everything, and now I am all she has left. I’m her only hope for some rest, for some peace.

I know she means well.

You can find more works by Deina Furth here.

7 thoughts on “Growing Pains: A Short Story by Deina Furth”