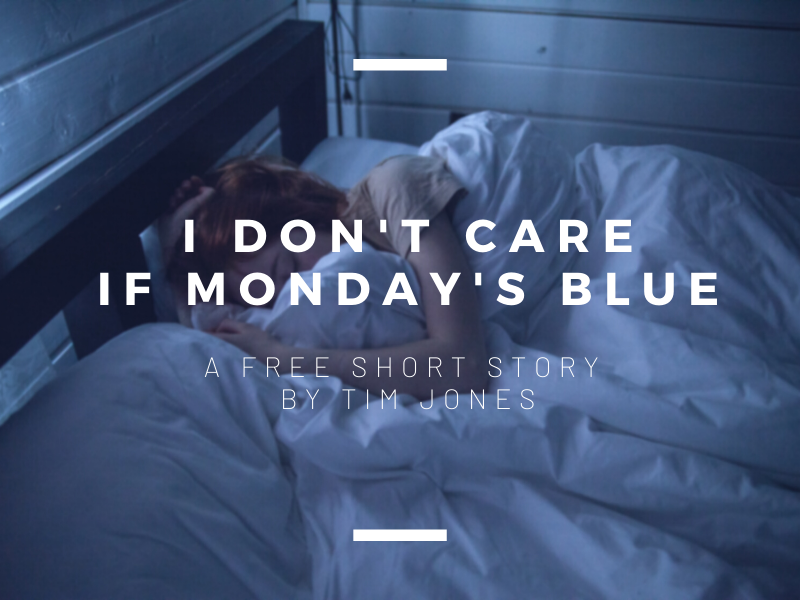 The pleasant experience of walking on a sun-kissed beach faded out as a piercing buzz faded in. She reached out to where she knew her alarm clock to be and slapped it, the snooze button which was far too large effortlessly ending the shrill sound for precisely 9 minutes and 59 seconds. She was back asleep by the time 9 minutes and 53 seconds remained.

A buzz disturbed her internal movie once more. Her arm appeared from under the covers and ended the alarm clock’s cries. The arm slid back in and sleep was resumed.

The process of waking, hitting the button and going back to sleep was repeated a total of seven times. She had known this would be a likely occurrence, particularly on a Monday and especially after the mammoth wine-tasting session she’d had with her sister the night before in an attempt to stave off the Sunday Blues, so she’d set the alarm to initially wake her a good deal earlier than normal.

She opened her eyes cautiously and looked at the red, digital figures glowing next to the bed. 06:47.

She threw back the covers and reached for her dressing gown which was balled up on the floor in exactly the place she expected it to be. She noticed a strange smell, kind of like a mixture of fireworks and electricity. Was something burning?

She wandered to the bathroom and then the spare bedroom. The smell wasn’t emanating from either room. She descended the stairs. The smell was still there, but it wasn’t growing any stronger. She couldn’t tell where it was coming from.

In the kitchen, her eyes were drawn to the window and a strange glow. She walked over to the sink and looked out into her back garden. Everything glowed red, lit by the sky which was the colour of a Post Office delivery van being driven by a lobster. There were plumes of thick black smoke visible beyond the fence.

She went to the back door, unlocked it and stepped out on to the step. The smell was a lot stronger, almost overpowering. In every direction there was nothing except the black smoke. The angry, red sky seemed to pulsate. What had happened?

Back in the kitchen she turned on the radio. There was nothing on her usual station and she went the full way through the dial twice without happening on a single broadcasted sound. She went into the living and switched on the TV. Nothing on the main channels. And by nothing, I mean nothing. No snowstorm, no test card, no sound of white noise. Literally nothing. The teleshopping channels were the same. It was as if they’d all ceased broadcasting on a permanent basis.

She picked up the telephone from the table next to the sofa and held the receiver to her ear. There was no dialling tone. Her mobile proved equally useless. No network to connect to, it told her.

The reality hit her. While she slept something horrendous had happened. Were there any survivors? She would find out in due course.

But in the mean time, there would be no work today. It was the best Monday ever.

You can read more by Tim Jones here.