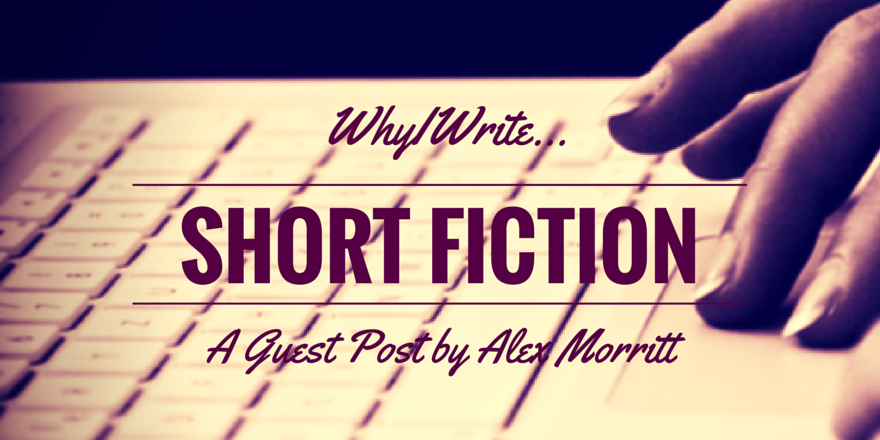 Why I Like Writing Short Stories and Flash Fiction

I have to confess that I never consciously set out to write short stories or flash fiction, but following a life-changing move from the UK to Central America – after ten years of being ground to dust whilst running a small London-based business with my partner that had succeeded in turning the tables on us, effectively running our lives instead – I found myself with an overwhelming and burning desire to write.

It was as if the previous ten years had effectively robbed me of any time or energy for creative self-expression. The dam was ready to burst.

In early 2011, a different country, a different continent, indeed a different hemisphere provided the much needed catalyst to allow me to follow my dreams and engage in a serious round of creative catchup, that ultimately manifested itself via the written word.

I remember those early days well. My initial scribbling resembled the effect of lifting the lid on a tube of toothpaste, that then proceeds to emit a non-stop flow of ‘gunge’ after aircraft pressurisation in the baggage hold has wreaked havoc on it mid-flight.

Greatly inspired by my new physical surroundings and the fascinating mix of local Mayan and Hispanic culture, much of my early experimental writing came out in the form of poetry; the best of which I bundled with key accompanying photographs that I had taken on my travels in Central & South America, and subsequently packaged into two separate self-published travelogues – the first entitled ‘Glimpses of Guatemala – a poetic & photographic perspective’; the second, ‘Guises of Guyana – Peering into the Interior’.

Then came a key milestone in my storytelling journey. In March 2012, I joined a local writing group in my community which to this day still meets once a week. The hard core consists of just three of us. Sometimes our ranks swell to seven. We write to prompts that each of us collect and find interesting, usually for just one hour. We never know from week to week what the theme will be. Then we share our written work in the group if we want to, without obligation.

Within a very short time of joining this group, my style of writing evolved noticeably. Instead of coming out with predominantly rhyming poetry, I began to compose short stories and flash fiction. I attribute this in part to the one hour writing slots we limit ourselves to in the group. These short periods lend themselves perfectly to the disciplined creation of shorter pieces. However, I am also conscious that this writing group exercise sparked off something locked away in the recesses of my brain, recalling joyous moments in years gone by, devouring captivating short stories from the likes of Roald Dahl and Alan Bennett.

After two years of attending my local writing group and polishing up the best contenders – egged on with words of encouragement from friends both within and outside this support network – I selected twenty eight out of the forty five short stories I had written and set to work to self-publish them.

The ‘Impromptu Scribe’ short story collection was released on November 1st. 2014 as a Kindle edition. Reader reviews to date have been very encouraging indeed, giving me the added confidence to pursue working away at this genre. There are plans in the pipeline to broaden the digital distribution of this collection and to produce a print and audio version too.

Whether as a reader or writer of short stories and flash fiction, I love that the word count constraint really puts the onus on the author to literally make every word count. No preambles or beating around the bush. Straight to the point.

Brevity, precision, succinctness are after all the hallmarks of great short story tellers the world over. I know that I have a long road ahead of me to be considered worthy of joining their hallowed ranks, but it is a challenge I relish and a task that does not deter me.

I feel comfortable with the extra demands placed on me as an author of short stories and flash fiction, whether operating within strict word count limitations or (as in the case of my writing group) working under agreed time constraints. I have discovered that this process of focusing my energy in short intensive bursts, rather than getting bogged down in the drawn out complexities that are inevitably par for the course when producing longer literary works, has worked to my advantage.

In a world where we all seem to have less disposable time coupled with a shrinking attention span, short stories and flash fiction provide the perfect distraction for millions of individuals from their mundane, hum-drum daily commute to work by bus, train, or plane, not to mention the meteoric rise of short story collections in audio book format now bringing pleasure to commuter drivers, home-bound multi-taskers, and let us not forget the visually impaired.

I am glad to be part of a growing literary movement that celebrates this exciting and all too often underrated genre.

I often find myself imagining jam packed commuter trains and buses with cramped bodies glued to their e-readers and paperbacks. If just one of my short stories succeeds in putting a smile on their faces; brings tears to their eyes; makes them feel whole again, or contributes to a general warm and fuzzy feeling of well-being before their day of toil – or after it as they head home – I rejoice in a job well done.

VARIETY AS THE SPICE OF LIFE

Unlike in the case of a novel, memoir or longer literary work, I like the fact – as I am sure many authors do – that by publishing collections of short stories and flash fiction, I am effectively giving adventurous readers the opportunity to dip their toes into the water; to ascertain, with little time and monetary investment involved, whether they enjoy my style of writing or not, before perhaps committing any more of their precious time to other longer works in my backlist.

I like to picture a short story collection as a tin of ‘Quality Street’ with tales taking on the form of delectable bonbons, each one wrapped in a different alluring colour. As the adored and much revered alternating confectionary slogans of yesteryear used to read: ‘There is something for everyone’ & ‘What’s your favourite favourite’ ?

If by chance you do not have a sweet tooth, please allow me to indulge you with an alternative savoury analogy of mine: ‘Short story collections are the literary equivalent of canapes, tapas, mezze: delightful assortments of tasty morsels to whet the reader’s appetite.’

In a world where, to get noticed as an author means appealing to as broad and accessible an audience as possible, this notion of ‘variety’ afforded by short story and flash fiction collections makes both commercial and craft skill sense. You can be writing and releasing short stories and flash fiction continuously, whilst at the same time working on a longer term ‘opus magnum’. The former does not exclude the latter, indeed many writing coaches would argue that the former actually helps the latter.

So until the seeds of a novel or memoir make themselves known and tap me on the shoulder – if indeed they ever do – I will continue to be a strong advocate of the short story and flash fiction form.

May stories be short (and sometimes tall) !

Alex Morritt is a British national, currently based in Central America whilst working on several ongoing literary projects. Alex is driven by a healthy dose of curiosity for what makes people tick and how that may differ from one culture to another. He counts himself very fortunate to be living in such a fascinating part of the world where inspiration is never far away.

Alex describes his work as that of a ‘cultural observer’, celebrating what is unique and extraordinary within the everyday lives and ordinary occurrences that people of a particular country or region experience on a daily basis.

Alex’s poetry has been featured in Labios de Arena, a Spanish-language poetry anthology. His work was presented at the International Poetry Festival in Granada, Nicaragua in February 2014.

You can connect with Alex on Goodreads, or check out his author page on Amazon. You can also find him on Twitter at @ImpromptuScribe.

2 thoughts on “Why I Write Short Fiction: A Guest Post by Alex Morritt”