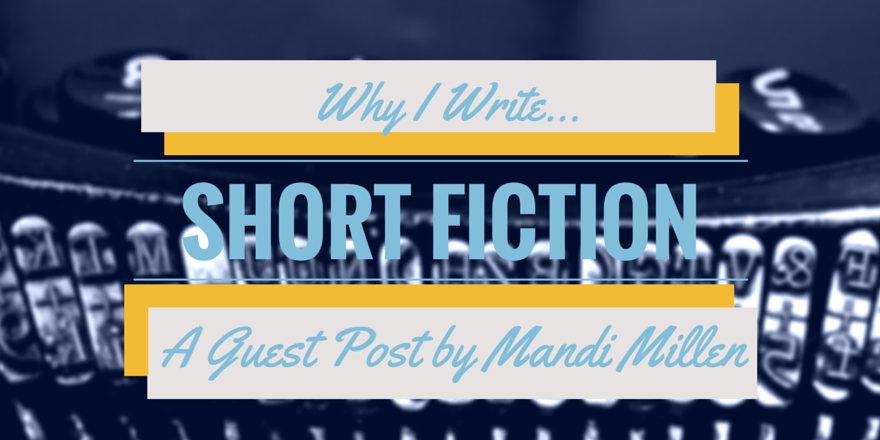 An abandoned shopping cart standing like a modern-day ‘Marie Celeste’ by the roadside. That streetlight that always flickers off the minute you get within ten feet of it. The succession of motley moochers in mismatching off-casts waiting for an undefined something on the wall outside my apartment block. The empty eyes and broken smile of the trolley jockey who greets me on my weekly trip to the supermarket.

They’re all mundane, everyday sights, but ones which arouse my curiosity. Make me wonder about the story behind the everyday, the banal. They set my mind off on a voyage of possibilities which can end up in the ordinary or take me way beyond where I usually let my imagination wonder. Sometimes, they take me to dark places–often inspired by reality. Sometimes, there are more than enough monsters or horrors in the real world.

I started my working life as a newspaper reporter, and that probably shows in my writing. I guess it’s the journalist’s inborn curiosity combined with the training to condense a story into as few words as possible without losing the facts, or the feeling behind them, that draws me to short stories as a genre.

I think of my flash fiction as headline news from humanity’s frontline. An anthology of short stories can be like a broadcast news bulletin. Sometimes, the headline tells you everything you need to know. Sometimes, it takes a few sentences to illuminate you and set you thinking. And sometimes, it leaves you with questions and the desire to learn more.

The element of surprise

The tone of my stories often surprises me. I’m generally an upbeat, obstinately positive person, refusing to give in when the going gets tough and always seeking out the silver lining. My fiction, however, is often melancholy, dark, even sinister. But perhaps that’s another reason I write? Everyone, even those who have led the most charmed lives, have dark ghosts lurking in the corners of their soul. Writing casts out those demons and places them in tales where they can take on a life of their own, at a safe distance from my own psyche?

Story telling is as old as humanity itself. It was born long before the written word was, passed from mouth to ear around the communal fire built to keep the wolves, and other monsters, away when darkness fell. It entertains, challenges, questions. It can make us cheer in recognition, laugh, cry, or take a sometimes uncomfortable look at ourselves.

And while most writers harbour a dream of publishing some great opus in novel form, it’s the bite-sized offerings short stories that keep us entertained around that fire.

Words have been Mandi Millen’s friends since she was a child growing up in a house filled with books and story-tellers in Surrey, UK. She started telling her own stories young, and she’s still at it–for her own pleasure, to amuse others and (occasionally) to exorcise her demons.

After leaving school, she became a reporter with weekly and daily newspapers in the south-east of England, and later went into press & public relations.

Everything changed in 1989 when she left her job, her home and the UK for a six-month working holiday in Greece. That was the plan – until a brown-eyed boy in Samos persuaded her to stay. Today, he is her husband and father to their 18-year-old son.