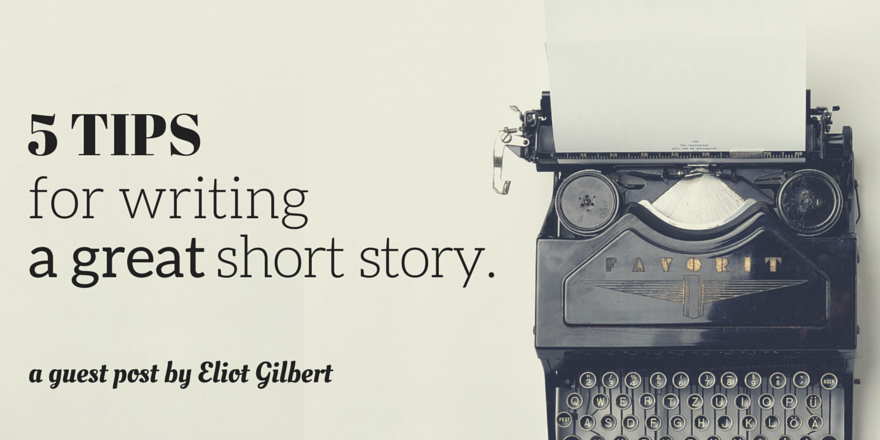 I think my first short story was something entitled The Monster Drinks Some Coffee. It chronicled the life of a dog named Lucy — my dog at the time — and her zany adventures of accidentally turning into a monster after drinking a “monster potion”. I wrote it when I was seven.

I like to think I have learned a thing or two since The Monster Drinks Some Coffee (though it did sell five copies at $2 apiece), and especially over the past few years, I have been writing more pieces of short fiction and eagerly firing them off to prospective readers, learning what people respond to, and what people really, really don’t.

I think the wonderful thing about short fiction is the malleability of the medium, and that has led to some pieces of mine which I think are unique gems, and others that are have been a little lacklustre. One time I had to throw away an unsalvageable novelette of about 20,000 words; it’s a strange form of crushing disappointment to throw out a novelette and I wouldn’t recommend it unless it’s objectively horrible.What I write now is “soft fantastic literature”, meaning it nearly always has a fantasy element to it, but it’s never the central focus. To me, fantastic literature is a great array of genres to write short stories in because it requires a skillful balance between explanation and encouraging the reader to infer. That said, all of what I am going to say applies to any short fiction in general.

Without further ado, then, please accept my tips for writing great short fiction.

Short stories are such a great format for experimenting with form. Actually, I tend to think you shouldn’t worry about using many conventional storytelling techniques at all. You need to tell a story and you need to keep a reader’s interest. That’s all. I think when you consider “proper” conventions, they tend to be a little flat and boring when applied to short fiction; you’ll never be able to give a plot point enough attention writing in a short form, for instance, so you must regard it as another animal in entirety. When I say “be experimental” I don’t mean do so for the sake of it, but hopefully you understand. Play. Create. Give life to your art.

I think short fiction is both good and bad for the same reason: readers don’t have to commit to as much as a novel. This is good, obviously, because you can have more freedom with your creation, and you can also try out a lot of different material before applying the same elements to a longer work. What is bad about the short format, though, is that readers also take less commitment to your work. By this I mean that though a short story will only take a small time to read next to a novel, it’s very easy for a reader to just toss it aside because of a lack of patience. 3000 words are easy to slog through in a novel because proportionately it is much less, but with short stories, 3000 words could potentially be your entire piece.

The pacing, in my opinion, scales. You can’t rush through things unless you want a lukewarm impact, but if you dwell on a thought or event too much, it comes across heavy-handed. It becomes a poor storytelling mechanic.

Since it’s a much shorter format, every sentence must be carefully considered in its relation to the overall piece. Bad pacing is like a big stain on a white shirt.

Shy away from parenthetical explanation

Since readers can be less forgiving of pacing, I feel like this third tip is sort of an extension to the second. By “parenthetical explanation” I mean it exactly as it sounds. Actually, I’m not sure where I first heard of the term as applied to writing or if I simply made it up. It is any information given which is nonessential. You could throw it into parentheses, and if a reader chose to skip over it, they wouldn’t be missing out on a whole lot. This style is especially used in fantastic literature. Consider fantasy itself “The myrebird, which was a species of the f’shlangmyres, primarily caught his prey between the hours of three and five.” Why should the reader care what a myrebird is, unless it’s aesthetically interesting or important to the story?

Parenthetical explanation should be used with caution. I’m not saying don’t use it at all, just that it’s a great way to disrupt the flow, and while you can argue that it’s an aesthetic in fantasy and science fiction (side note: I don’t think typically it should be), in short fiction I think it reads way too clunky and should be avoided. Keep it crisp with a narrow focus.

It’s a challenge to balance subtlety in your work. You want to get your ideas across. You can’t be too preachy yet you can’t be so obscure that people will never understand what you’re talking about. I recently received some great advice from my partner and fellow writer, Alexandra, who said that you should always err on the subtle side.

I absolutely agree with her. Your primary consideration should be aesthetic, pacing, story, technique, and it’s only after you have met those fundamental mandates of good fiction that your ideas will flourish. For that, you have to let your political agenda or philosophy quiet down. It’s only intellectual people who will pick up on the ideas anyway, so it’s better to give them something to ponder, rather than treat them like idiots.

Usually, the first thing your reader will recall about the story is its ending. This is the case for narratives of any kind, but in short fiction it is especially easy to end strong. That is not to say you need a twist ending, and in fact, twist endings many, many times will simply seem cheesy more than interesting. What I am saying is that you need something strong at the end to create something memorable. Anything less and you are doomed to the ethers of “It was decent, but I hated the ending.”

Eliot is a fiction writer primarily working in the soft fantastic. He has work appearing in the fall issue of Calliope, the literary magazine of the writing group of the American Mensa. He believes short fiction isn’t given enough serious consideration, and hopes to see the medium rise above the status of “literature for people who can’t commit to a novel.”

Currently he is studying English and creative writing at York University in Toronto, Canada. You can follow him on his website, eliotgilbert.com or his on his Twitter, twitter.com/eliotgilbert.

2 thoughts on “5 Tips for Writing a Great Short Story”