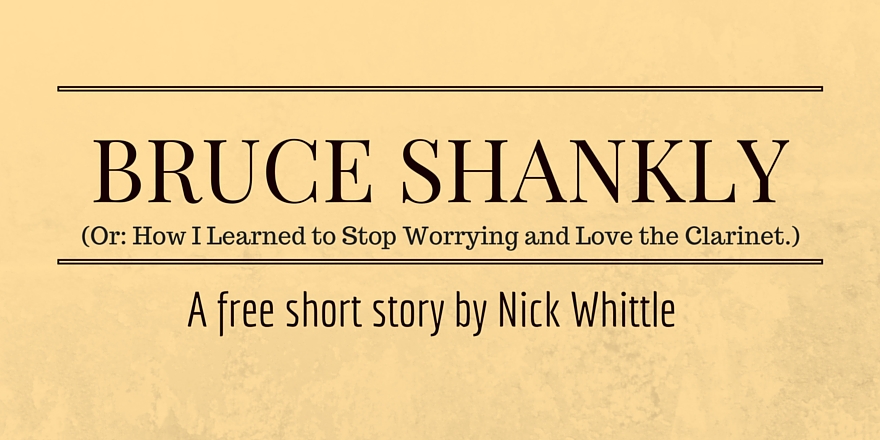 There is no evidence to suggest that the recently deceased Bruce Shankly could ever play the clarinet. He was embittered from a young age when he realized that to become a concert clarinettist would mean learning the instrument. Yet remarkably, on the day he died, he had been lead clarinet for the City of Birmingham Symphony Orchestra these past twelve years. An incredible feat when you consider he was actually employed by the New York Philharmonic, and had to play most of his work with them over the phone.

Incidentally, for those of you who are interested in this sort of thing, a clarinet looks nothing like a castanet, or a kitchenette or even a woman called Lynette. It’s a whole separate thing, and it’s been around for years. Seemingly, its inventor was someone called Abraham G who owed Moses a favour for standing in for him in his lunch break; incredibly, some record remains of the conception included within the famous deep sea scrolls: “And Moses bade Abe fashion something sweet for his next gig, since the dude on horn got sick…and hence a great unison clicking of fingers cast its rhythm throughout the world.”

It is still difficult for me to grasp that Shankly is dead even though I ram-raided the funeral parlour to make sure. He was “First” Clarinet for the orchestra and I was “Second”. He would often obsess about his death during performances. I can still see him hunched over, pretending to count a beat, yet all the while talking about the weighty subjects of non-existence and good quality arch supports. In fact, with works such as Franz Gruber’s Tapetenkleister for organ and a bowl of water, there was more than enough time between entries for him to unravel the eternal mysteries of the universe.

Shankly was not an easily understood man, and as a consequence, our relationship did not always run smoothly, despite him being capable of great rhyming burps. For one, his habit of talking about himself in the third person, such as, “Didn’t he play The Cat beautifully today?” grated on me in the extreme, so too his more recent remark that the only books worth reading were the ones whose titles included the letter “T”. Admittedly, we argued, but only when the music got really loud. I fondly recall it was during a performance of James MacMillan’s The Beserking that we had our biggest blow out about whether an uneven number of musicians in an orchestra made a difference to tempo.

The private, inner Shankly was an elusive beast but, I remember, would on occasion shine brightly. When students and fellow musicians continuously criticized his finger positioning of high E flat, he would grab at them with feigned excitement and develop a hacking cough which he joked, “Always showed up when my theories of E-flat-ivity were placed in doubt.” Brilliant and committed to learning, at the time of his death, he was hard at work trying to perfect the sound produced by sucking as well as blowing the clarinet, in the same way a violinist uses Detaché.

Despite often trying to play his clarinet without fitting the mouthpiece, Bruce Shankly was an excellent musician, and he will be sadly missed. After his Will was read, I became the lead clarinet for the City of Birmingham Symphony Orchestra; although fond of Mrs Shankly, it was the only bequeathal of his I felt comfortable with. James MacMillan began to write quieter music, including a marvellous allegro for hummus and carpet beater which often gets played on Radio Three, and the New York Philharmonic dropped the idea of having a clarinettist altogether and opted instead to have the oboes play extra loud.

One thought on “Bruce Shankly (or: How I Learned to Stop Worrying and Love the Clarinet)”