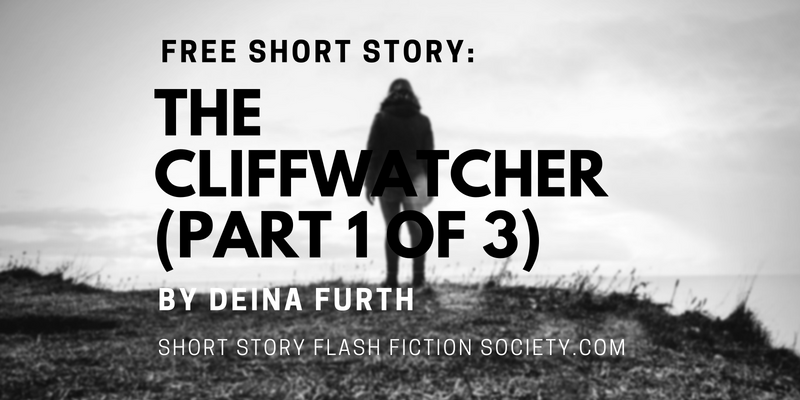 The old man was stirring a dab of honey into his chamomile tea when the first raindrop hit the window. He looked up, his attention shifting to the droplets as they created a constellation of mirrored beads on the glassy surface. The large window overlooked an ocean-side cliff; his quaint little house was perched on top, built on a jutting piece of land that descended into a steep sand- and rock-filled slope. Every year, more of the cliff side eroded with the heavy rains that washed away the finer sediment. The old man supposed that eventually, Mother Nature would claim the final piece of earth and destroy the house’s foundation, dragging it all down the cliff to be swallowed by the waiting sea. But for now, it wasn’t in any danger. In fact, it was a lovely vantage point—his own solitary view of the never-ending gray waves before him.

Or it should be.

But he’d had a problem recently; one that vexed him to the deepest crevices of his wrinkled old mind. Whether it was kids being kids or people being overdramatic, he wasn’t quite sure. All he knew is that there were two bodies that had appeared at the foot of the slope only a month apart, and he’d never seen anything happen at all. And it had practically happened in his back yard.

After the discovery of the first corpse—a girl, only about sixteen years old—the authorities suggested that perhaps the victim had been playing recklessly or, given her age, had possibly been drinking, and lost her footing near the cliff side. They suspected no foul play. It seemed to be a simple but tragic case of a teenager being ignorant. Her body was found by a jogger on the beach only hours after her death, and she was given a proper burial by her family and a large group of friends. It happens, unfortunately, the police had said. And they were correct. Why, the old man could recall a few fatal accidents in the town over the last forty years, and it was mostly kids being stupid kids. There were others, though; ones that he didn’t care to think about.

Although the town still remained abuzz with the story of her ill-fated death, some of the attention had shifted now to the newest body. Found mere feet from the where the girl had died, this one belonged to a mother. She had been active in a community outreach program for underprivileged families, and her death came as a complete shock to everyone. She had recently gone through a divorce, but had always seemed strong through it all—in fact, she kept working as diligently as ever, and she maintained her position as a volunteer until the day she died.

So this time, the police weren’t so quick to jump to the declaration of an accidental death. Given her positive outlook on life, it seemed strange. And the fact that she had died in the exact spot as the young girl before her pinged the police’s radar. So presently, her ex-husband was in custody being relentlessly interrogated, and the spot where her body had been found was always surrounded by crime scene investigators, and their chattering and shuffling and picture taking was loud and grating to the old man. He felt bad for the woman and her family, of course, but it was just so frustrating to hear those cop radios and cars wheeling around at every hour. It fogged his mind with unpleasant thoughts, which he didn’t care for one bit.

So he welcomed the rain. At least this would give him respite from the commotion below.

He sipped his tea and watched the tendrils of steam rise past his nose. When it rained like this, chamomile was the perfect comfort. It reminded him of his younger days when he worked as a writer, spending hours poring over his choice of words and examining rhyme and meter, the days when his mind seemed to seep into his pen and onto the paper without inhibitions. It was his catharsis. He valued his precious time with the pen greatly, but he’d been blocked from writing recently due to the level of stress he was under.

The police had packed up when the rain began, leaving the beach empty. Swimmers had hurried home. Even the seagulls had flown away to sit in cozy rock crevices or under the umbrella of protective leaves. He sighed and closed his eyes, taking in the steam of his tea and feeling his stress beginning to dissipate, despite the morbid scenes just outside the window, still in eyeshot.

When he opened his eyes again, he saw the figure moving toward the cliff side. A young girl, perhaps only a preteen, shuffled in flip-flops across his unmown lawn. She tightly clutched a gray cable-knitted sweater around her body, and kept her head tucked down to protect her face from the wind and rain. The old man watched her curiously. She stopped and cautiously looked around, shivering, and stood on her tiptoes to get a better look of the beach below. Something struck him as not quite right. She was getting too close to the edge of the cliff, and the grass was rather slick when it was wet. She could slip and fall.

A darker thought entered his mind: Or, she could easily jump to her death.

The old man pushed back his chair, as if physically shoving the unwanted idea from his mind. He got to his feet, feeling his back crack under the sudden shift in weight, and steadied himself on the table’s edge. He craned his neck to see her. She was still shuffling, almost to the edge. He straightened up, pushed open the door, and stepped into the rain. The girl heard the sound of the door and turned her head back toward him. She had an absent-minded look on her freckled face: her eyes rimmed by dark circles, as if she hadn’t slept in weeks. She seemed to look through him. She didn’t seem to be with him on this plane.

He knew that look. And it belonged buried in the memories he didn’t care to relive right now.

Please return next week for part 2! Subscribe for updates using the link at the top of the page or on the menu on the sidebar! If you’re interested in reading more by Deina Furth, please visit her Amazon page here or her website here.