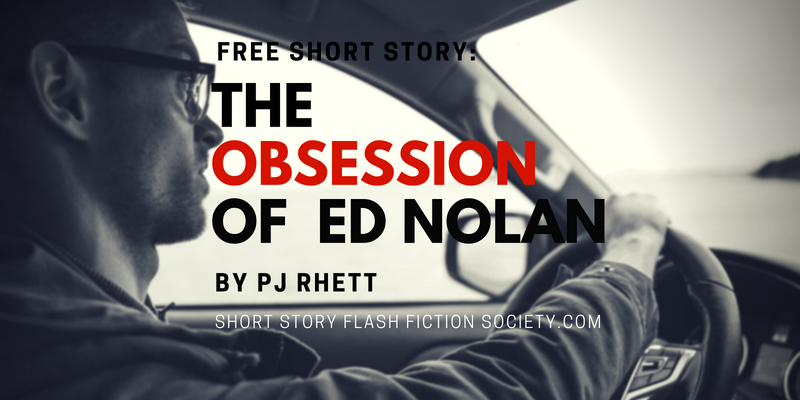 Ed Nolan parked his blue 1955 Chevrolet under the maple trees right across the street from the high school. It was unusually warm on that September afternoon for Minnesota: 80 degrees and no wind. Ed pulled a hankie from his pocket and wiped the perspiration from his face and horn-rimmed glasses, carefully placing them back on his nose. He was unable to see without the heavy, thick lenses, so he needed them despite their inconvenience.

Ed was looking for someone special: Tammy Jo McKenna, the beautiful girl he loved to watch sing in the church choir on Sunday mornings.

No one would expect Ed to be sitting outside of a high school, waiting to get a glimpse of a 14-year-old girl. Ed was 36, and married to his high school sweetheart, Donna Mae. The couple lived with Ed’s mother, Betty, in a big, rambling house on 4th street where Ed kept books for local businesses. He made most of his income during tax season, filing 1040s and getting the biggest refunds he was able to for his loyal customers. The business had belonged to his father, who passed when Ed was only 5. Betty had never remarried and ran the accounting business on her own until Ed took it over. That had always been the expectation: marry a local girl, take over the business, and take care of mom. Be nice, reliable, and predictable.

Well, Ed was meeting all of those expectations.

But no one knew the resentment he harbored because of it. So, watching Tammy Jo and pretending she was his girlfriend was a secret that belonged to him, and him alone.

Squinting through the glare on his windshield now, Ed saw his girl, his secret love, turning the corner to walk home.

But who was that with her?

Ed fought down the panic and anger to concentrate and get a look at the young man walking with Tammy Jo. He was tall and thin, with wavy blond hair. He was holding Tammy Jo’s hand.

Why did she look so happy? She was supposed to be faithful; that’s what good women do.

Ed adjusted his glasses once more and started his Chevy. He shifted into drive and slowly followed the young couple down the street, wanting that boy to stop looking at his girl, stop talking to her, stop touching her. Every minute that passed made him angrier and angrier. What could he do?

Ed pulled up alongside the couple and rolled down his window. Doing his best to sound calm, Ed greeted Tammy Jo by name and then lied to her. He told her that her mother wanted to meet her early at the church for practice and he would take her. Tammy Jo looked at Ed – he knew she would recognize him as the local accountant: mousy, and in her mind, old and safe. She smiled at the young man Ed hated so much and waved good bye to him as she hopped into the back seat of the blue Chevy and closed the door behind her.

Ed could hardly believe his luck as he steered the car away from the curb and headed north.

Tammy Jo was immediately sorry she had listened to the accountant; the church was on the south end of town. Tiny drops of perspiration beaded her forehead. Where was he taking her? When she tried to talk to him, Ed turned the radio louder and louder to drown her out. He was picking up speed, leaving all that was familiar to Tammy Jo behind them.

Her heart started pounding. She knew she couldn’t jump from the car; it was moving too fast. All she had was her book bag.

Slowly, she reached inside and pulled out the metal compass she used in geometry. The end was pointed and sharp. Inching forward, Tammy Jo brought the compass up towards the back of Ed’s neck.

It was now or never.

She plunged the sharp instrument into Ed’s neck. He screamed in pain, slamming on the brakes and trying to face her all at once. He jerked the steering wheel to the side and the car swerved hard.

Ed leaped from the car and steadied himself. The rear door was open, but Tammy Jo was nowhere in sight.

There! Not too far away, he could see a small figure running back towards town. Tammy Jo.

Ed ran after her. He closed the distance quickly, grabbed the straps of Tammy Jo’s book bag, and pulled her to the ground. Clamping his hand over Tammy Jo’s mouth, Ed took control. He pulled Tammy to her feet and pushed her back towards the car. Tammy tried to push Ed away, but he was stronger.

There was a click as the trunk closed, and darkness surrounded her. The rough carpet scraped against her skin as the car begin to move again.

The air in the trunk was stale and dusty. Surrounded by darkness and the whine of rubber against pavement, Tammy Jo was overwhelmed with fear and loneliness. Tears ran down her cheeks as she thought about her mother and father and her sister, Mary Ann.

Surely they were wondering where she was; perhaps they were even searching for her.

The hope of rescue brought some relief.

Tammy had to brace herself suddenly as the car swerved back and forth. Was it her imagination or was Ed driving faster and more erratically? She held on as the vehicle continued to pick up speed.

The car bounced and bumped, tossing Tammy Jo from one side of the trunk to the other. She pulled herself into a tight ball and covered her head with her arms, waiting and hoping, until the sound of metal crunching filled the trunk.

There was just a brief silence before she heard the sirens.

Frantic, Tammy pounded against the roof of the trunk and screamed for help. She cried for what seemed like ages, as loudly as she could, hoping someone would hear her.

The trunk popped open and bright light temporarily blinded her. She flinched.

But it wasn’t Ed. An officer lifted her from the car and helped her to her feet. Tammy turned to see what happened.

The Chevy was mangled and broken, resting against a tree. There, lying crumpled and covered in blood, was the body of Ed Nolan.  He had been thrown through the windshield onto the grass, an eerily pretty field of white daisies around him. The sight of him bloodied and dead shocked her, and then she felt ashamed when those feelings turned to relief… and maybe even happiness.

Tammy Jo rested her head against the seat of the police car as it turned around and headed back to town, back to her home and family and all that was familiar and safe.

Or, at least it had been before she trusted Ed Nolan.

PJ Rhett is a proud nana and lover of all flat-faced animals. She resides in Minnesota with her pug, Phoebe, and pug-Boston terrier mix, Josie. She writes in her spare time and will possibly consider putting up a blog someday.